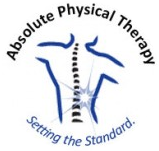 Your spine is composed of a series of vertebral bones spaced out by soft cartilaginous discs of tissue. These discs serve to absorb shocks … END_OF_DOCUMENT_TOKEN_TO_BE_REPLACED

The most common form of arthritis, osteoarthritis, can affect any joint in the body, but most often afflicts the knees, hips, and fingers. … END_OF_DOCUMENT_TOKEN_TO_BE_REPLACED